Our fourth featured member is Jess Bull – one of our younger runners who has put in some great performances and has lots of potential.

I’m Jessica and I’m 20 years old. I’ve been given the opportunity to write a few lines for the Harriers website which I hope will be useful for anyone interested in being part of the club. I have been running since I was about 8 or 9 years old. I ran my first cross country at Primary school and really enjoyed it and realised it was something I thought I could do more of and improve upon. I then started doing the Parkrun’s at Heaton Park and then at Watergrove and gradually improved my times over a number of years until I was getting PB’s. I also enjoyed it the more I improved and became a lot more tough on myself and disciplined. A lot of the Harriers members take part in the Parkruns so when I joined the Harriers there were lots of friendly faces.

First thoughts on coming to RHAC training and then joining the club?

Initially when joining the Harriers I was nervous however, that quickly disappeared As everyone was really friendly. I also had a few familiar faces that I knew when I started who were kind enough to introduce me to other members. There is a genuine friendly atmosphere between all age groups which makes really enjoyable to be at training. The coaches all believed in me and were really happy to help.

My favourite race would have to be Wilmslow 10k Christmas Run in 2017. The day before I was asked whether I wanted to use someone’s spare ticket and tag along. Having not done much 10k training and not feeling to well on the morning (mainly pre- race nerves) I surprised myself running it in a time of 39:47. Out of all of the races that I have ever done this one was the best I’ve felt. It was just one of those days when everything felt good and I was flying along.  The team spirit from all the other harriers before the race and during the warm up really spurred me on. This race was the stand out moment in all the time I have been running and made me more determined to be a better runner.

My favourite training location would definitely have to be at Kingsway track. Although I wouldn’t consider track my forte I really enjoy the atmosphere there. I think it’s important to try different events and the track sessions as it helps my overall fitness. Everybody encourages each other to run their best especially the coaches. I always have a feeling of dread as I know the sessions  can be hard but once I’m there I feel so much better for having pushed myself and knowing I ran the best that I possibly could. Track sessions always give you that feeling where you are exhausted but in a nice way! There are many track sessions that I enjoy but one of my favourite has to be the pyramid. The pyramid is many peoples nightmare but I love how much effort goes into it. I always get left with a high feeling after track sessions because I know I couldn’t have worked any harder than I did (haha well most times anyway).

My favourite event would have to be the South East Lancs Cross Country League. I love the atmosphere and the build up to the race. Running for the club I always feel a sense of pride especially when people are shouting encouragement. It can be cold, wet and miserable sometimes and trying to get changed in the tent ankle deep in mud is always a treat (I’ve learnt to avoid the tent at x country – top tip!) but I suppose that’s what x country is all about. I enjoy the variety and uniqueness of each course as it doesn’t get boring. 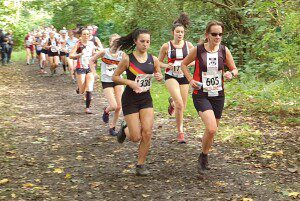 My favourite type of running would have to be Cross Country. The endurance events suit me better and I do a lot of my running off road in the hills around Rochdale. The road- runs can be a bit monotonous for me so anything that takes me somewhere a little bit different is good.  I also do the Watergrove Parkrun regularly which is a challenging course over some rough terrain with plenty of ups and downs. 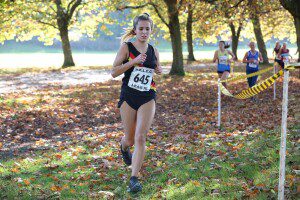 My favourite thing about RHAC has to be the team spirit. Everybody always puts in so much effort to support each other. I know that a lot of effort has been made to make the experience of running enjoyable for all abilities at the training sessions but it’s also really good when you do an organised run to see the other runners representing Rochdale running in the Harriers vest.

Goals for this year and longer-term?

My goal this year is to get back to the sort of runner that I used to be and regain some fitness. I want to be able to be competitive again and take on some different races. Over the past two years motivation has been hard due to health reasons and I want to prove to myself that I can put in the hard work again and be happy with my race results. I am doing the Manchester Marathon in October so I need to get some miles in my legs. It’s my first marathon so I’m a bit nervous but I am better at the endurance events so I should be OK. I’m not putting a time on finishing as I’m running with my dad so anywhere before Christmas would be good. 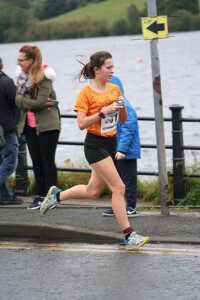 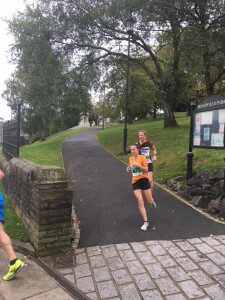 Hope to see you all soon